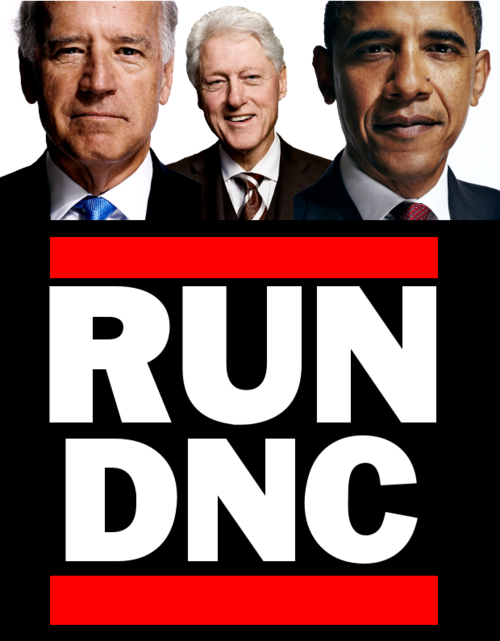 Except the photo is label as “Run DNC,” short for the acronym Democratic National Convention.

Let’s be honest clearly these politicians are not rappers, and shouldn’t be compared to RUN DMC & Jam Master Jay. Despite the photo being humorous.