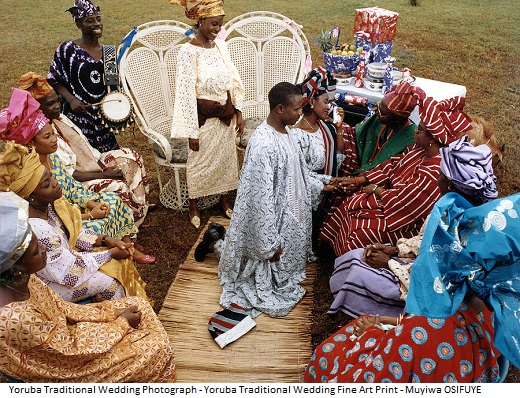 Genetic research finds that there is little genetic difference between most African ethnic groups and less so when they are closer together. A study published in the Bio Medical Center found there was little evidence for significant population substructure in the four major West African ethnic groups, the Yoruba and Igbo of Nigeria and Akan and Gaa-Adangbe of Ghana.

The findings, according to the team, “although not entirely surprising given the geographical proximity of these groups, provide important insights into the genetic relationships between the ethnic groups studied and confirm previous results that showed close genetic relationship between most studied West African groups.”

The study was conducted by Adebowale Adeyemo, Guanjie Chen2, Yuanxiu Chen and Charles Rotimi of the University of Ibadan, National Human Genome Center and Howard university. Analysis of Molecular Variance, AMOVA was used.

Adebowale et al made the shocking discovery that whereas there was 99.9% within-population variance, the between-population variance was less than 0.1%. This means that Yorubas, Igbos, Gaa and Akan are 99.9% similar as populations, while within each of the groups there are differences/variations between individuals as high as 99%, i.e. One Igbo may be 99% variant to another Igbo, or one Yoruba to another Yoruba.

“The within-population component of genetic variation accounts for most of the diversity in the sample.”

Previous studies had similarly found such differences that existed within ethnic populations, rather than between them. “This is consistent with previous findings [5] showing that the within-population component of genetic variance among six African populations studied was 96.9%; we estimated an even higher value of 99.9% in this study.”

A similar finding is with races where it has now been found that within whites or within blacks there are more variances than between the races which are next to identical with differences only being skin deep.

“The higher value of the within-population variance in this study is likely due to the smaller geographic area from which the samples were derived. The maximum distance between any two sites in this study is less than 700 miles and there are no major natural barriers e.g., mountains, between the regions inhabited by the groups.”

The researchers explained that a long history of trade, marriage and other interactions as these groups were not tribal, lead to the thorough mixing of genetic pool.

“In addition, these four ethnic groups have a long history of trade and other interactions and they all speak languages belonging to the Niger-Kordofanian group. As noted by Cavalli-Sforza et al [18] the genetic relationships observed in West Africa indicate that major migrations and admixtures occurred within the region in earlier times It is important to point out that despite the small amount of genetic differentiation in the sample as a whole, it was possible to distinguish between the groups from each country using a hierarchical AMOVA model and a dendrogram algorithm.

Though finding that “Pair-wise genetic distances between the four ethnic groups were also very similar,” the 2005 study found that the individual populations could be distinguished, most especially those from Ghana from those from Nigeria.

“Thus, the absence of significant population structure between the four groups did not mean that the groups could not be distinguished from each other. Rather, the data in Table 4 shows that enough differences exist to separate the two populations from Nigeria from those from Ghana.”

“Classification of individuals into clusters showed symmetry, with roughly the same proportion of each ethnic group assigned to each cluster(s). Ethnicity apparently did not introduce differential allele frequencies that may affect analysis and interpretation of linkage and association studies.”

Yoruba, Igbo, Akan and Gaa all have similar HG ancestry, various studies have found. Purple in image below from The African Genome Variation Project, Nature 2015

There is a lot of Cameroonian ancestry in Igbos, while both Igbo and Yoruba often have Benin ancestry with more in Yorubas.

Same ‘Volta-Niger,’ and ‘YEAI’ Language Roots Of Yoruba And Igbo

The image below shows also that Yoruba and Igbo ethnic groups have the same language root, the YEAI root.

http://newsrescue.com/yoruba-are-99-adangbe-study/#axzz44ncatrOe (Yoruba Are 99.9% Genetically Identical To Igbos, Akan And Gaa-Adangbe, by NEWSRESCUE NOVEMBER 20, 2015 )