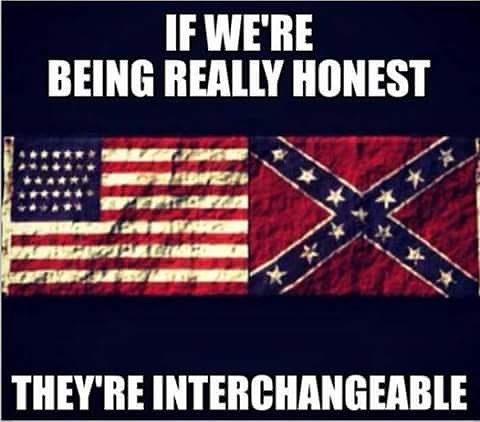 “The dehumanization and oppression of Black people is not only built into the Constitution, it’s an American past-time that takes place under the Stars and Stripes. Violence against African Americans is frequently sanctioned by government and rarely penalized by law.” ~Kirsten West Savali

“The US flag is as much a symbol of oppression and terrorism against Black people as the Confederate flag.”~Kirsten West Savali