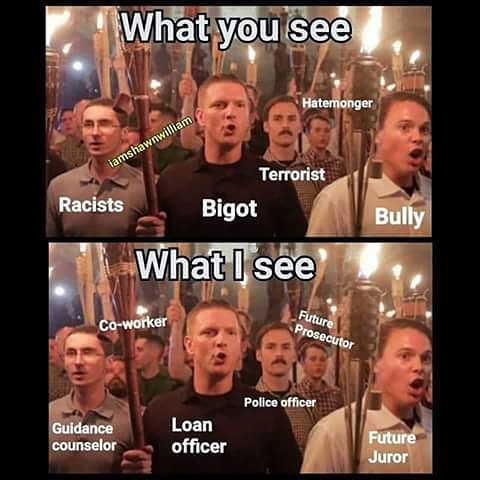 These are the many Caucasoids who work or school with Black people on the everyday basis that are all racists towards Black people in some way, shape, or form that many Black people choose to call their friends, boyfriend, girlfriend, sister, brother, husband, wife, aunt, uncle, cousin, your child’s mother, or father. But many Black people would never know this about them outside of those capacities when their not around you. Because they put on their so-called civilize masks and pretend they can’t be racists towards you if you have any of those relations with them. Which is straight up BS as I mention in a previous post that Non-Black people are just like Dr. Jekyll and Mr. Hyde “at any given moment they can switch up gears and appear all friendly one minute and then become very monstrous another minute.”

Which is further more why I do not have Non-Black people as friends and never ever had a need to date a Non-Black man. Something’s are just unacceptable and unnatural. Many Black folks need to follow my lead. You would be a lot better off that way and less confuse about Racism.