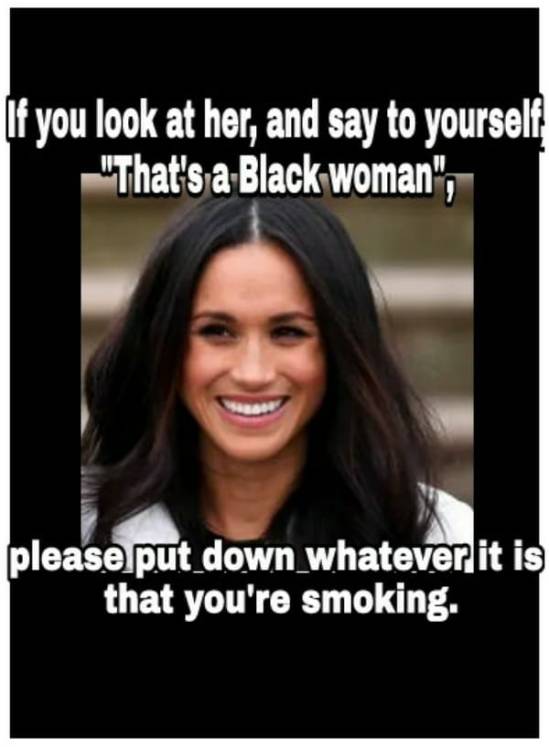 LOL ! Meghan Markle is a mulatto, biracial, hybrid or whatever term you want to use to call individuals like her of a mixed heritage background. Who clearly can also pass for a Caucasian woman had I not knew she had a Black mother. Therefore she is not a Black woman no more than “Queen Charlotte was a Black woman who was a Mulatto as well, who married King George III of the United Kingdom” this is why the British and the many other European so-called Royal families remains still Caucasoid to this day. Any trace or hint of Black has disappeared overtime with the constant mixing, in a deliberate attempt to keep the European so-called Royal families Caucasoid and in control of the throne and in order to continue to use their power and influences they have around the world. It will be the same case with Markle, if she has children with Prince Harry because their children will be Caucasian.

This story relates to the article disrespectfully ABC and Negro female writer Joi-Marie McKenzie put out on December 5, 2017 entitled: For many Black women, Meghan Markle’s engagement offers ‘hope’, That title was later shortly change by McKenzie and ABC to “After Meghan Markle’s engagement, some are celebrating” I like the fact how Black women across Twitter and Social media called out ABC for this bogus headline and insult to us as Black women. For the record to Markle is not Black she’s a Mulatto.

Queen Sophia Charlotte of Germany was grandmother of Queen Victoria and ancestress of George VI. ~100 Amazing Facts About The Negro: With Complete Proof, J.A. Rogers, (page 60)

Slavery lasted in England for 434 years (1440-1834); that during that time hundreds of thousands of Africans were brought in; that the English absorbed these blacks; and that some of them became founders of titled families? ~100 Amazing Facts About The Negro: With Complete Proof, J.A. Rogers, (page 60)

Firstly….she is NOT black…she is mixed….secondly…even if she was….and they got married and had children…..it will have absolutely no positive impact on the lives of our people….kinda like what Obama did for our people in America….third…They are FAKE/ Imposters with the title of royals….historically…no sovereignty ever existed in Europe….Murdering people and claiming land does not bestow sovereignty…..and why throughout their so called royal European history they have had to have African royal blood in their bloodlines to legitimise their claim…..~Audrey Edwards (Facebook) 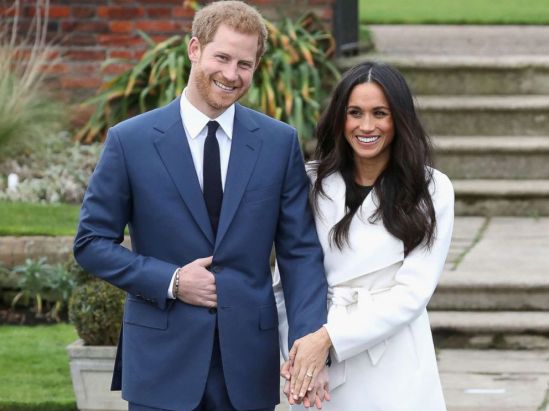 The following articles that relates to this story.